We know pre-roll. It’s short, sweet, and succinct. It gets the message across well enough… but that’s if viewers are actually paying attention to your ad. The latter is not promised.
Since digital platforms, technologies, and devices have advanced and become more captivating, it’s becoming harder to garner the attention of viewers and impress. Bare pre-roll simply isn’t cutting it anymore. So, we’ve given it a make over the best way we know how – emerging formats.
Emerging video formats look for ways to directly connect the viewer with the message. When done properly, pre-roll (connected with various graphics and engagement options) gets attention, increases view through and click through rates.
At Oculu, we’ve done an extensive amount of case studies comparing the performance of bare pre-roll vs. pre-roll with our customized emerging format and found that there is really no competition. The emerging format always wins, which is why the following info is so important. If you want your ad to do more than just be seen, then continue reading for a breakdown of our favorite video formats and how they perform in real time.

1. Overlay
Overlay is a banner that plays on top of the given pre-roll, typically across the bottom of the frame. It adds a call to action on your ad in a non disruptive way. Overlays are valuable additions to pre-roll because they can give important information throughout the entire ad, such as show times, sales, or updates. Furthermore, all overlays are clickable and will take viewers to the advertised site. 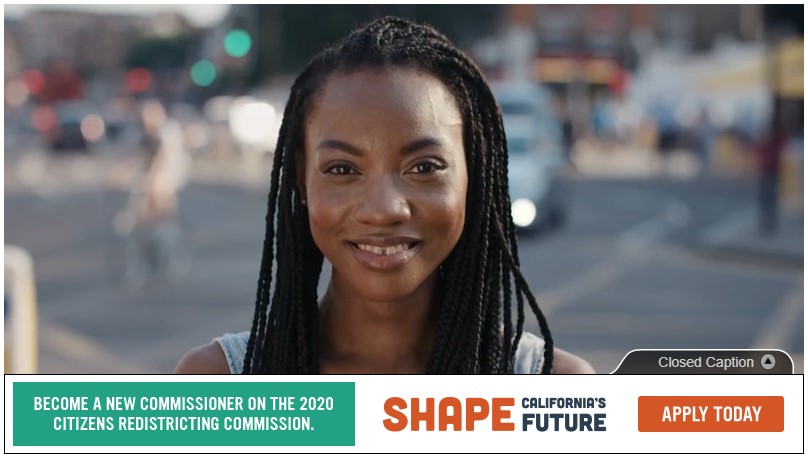 Essentially, overlay allows viewers to access the message in a more concise fashion, leaving a better impression on the viewer without delaying access to their desired content.
Your overlay banner can include clickable content such as:

2. Custom Skin
Custom skin is a dynamic background for pre-roll video. It works like this: the pre-roll video plays for five seconds with the overlay, then after 5 seconds the pre-roll shrinks into the screen and moves to the top right corner. After the pre-roll shrinks into the right corner it keeps playing and a full clickable image of the show/brand fills the rest of the screen as background until the pre-roll ends. Viewers can interact with your brand without interrupting the ad. This is a great way to show important information about your brand on a larger, more impactful scale.
You can use custom skin for greater brand recognition or as a way to draw viewers to your site or service with interactive features.

3. End Slates/Card
An End Card appears at the end of a pre-roll video, providing engagement opportunities at the end of an ad. It can give the advertiser an opportunity to display important information on a larger readable screen. End cards also have the ability to add fun interactive concepts to an ad. 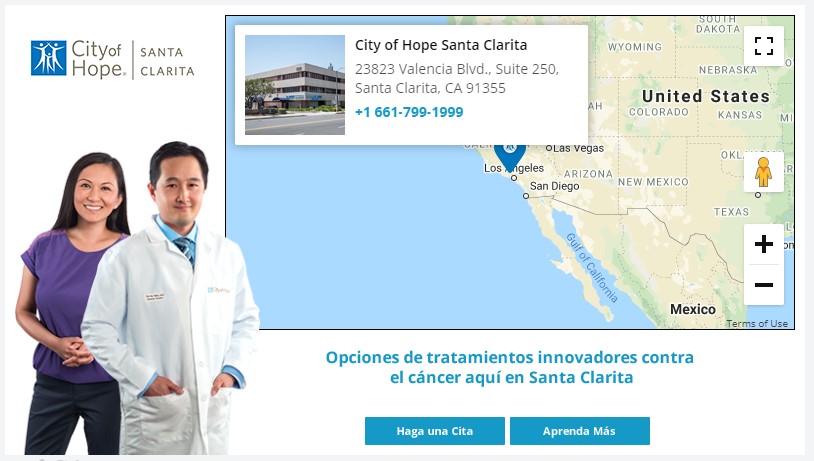 Now that we understand what each emerging format does, let’s see how they perform in real time from ads Oculu has designed, served, & tested.
You can see examples of all of Oculu’s emerging formats here: http://gallery.oculu.com/

Overlay Case Study
For our client (a recycling company), we utilized overlay to move our audience past viewing into action. The goal of the campaign was to increase CTR by directing viewers to schedule a pick-up. We planned to do this by creating and serving a simple single click overlay to keep it sweet & to-the-point.
To prove the overlay made a significant and valuable difference, we ran A/B testing between bare pre-roll and pre-roll accompanied by our custom made overlay.
Pulling the data from the 30 second ads, we found that the lone pre-roll obtained a CTR of .45% while the overlay pre-roll obtained a CTR of 1.72%, which amounted to a total of 14,345 clicks!
It worked like magic. We can definitely say we reached our clients goal. And we continue to do that with our other formats as well. 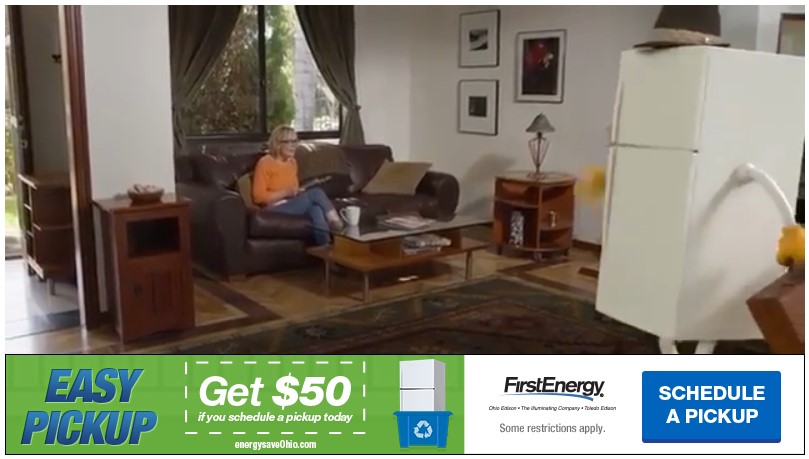 Custom Skin Case Study
Using our custom skins, we ran an ad with our client, Wholly Guacamole. Though it may seem self explanatory, the goal of the ad was to bring awareness to their product. Our plan of action was to create a custom skin that highlighted a save now and coupon opportunity, including video and clickable links. 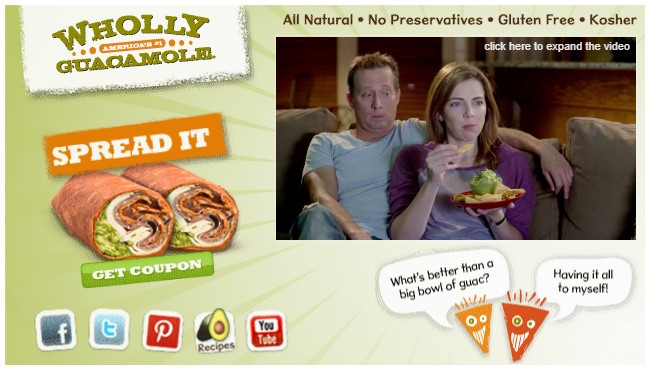 To prove our format was superior in interactive performance, we ran A/B testing to accurately compare data. Our results were incredible, just as we expected. The standard pre-roll without the use of custom skin had a video completion rate of 78.2% on a 15 second ad, and 73.3% on a 30 second ad. Our interactive custom skin pre-roll ad, beat the former by more than 10% on each length, performing at a 88.6% on the 15 second ad, and a 84.6% on the 30 second ad.
So when it comes down to the effectiveness of custom skin, there’s no debate its the route to take when advertising via video.

End Card Case Study
When working with Zappos, the company wanted us to create a campaign for the holiday seasons. They specifically wanted to drive holiday purchases by offering fun interactive shopping tips for customers. When we heard this request it was a no-brainer to implement an end card with custom skin to allow viewers an interactive opportunity to get gift ideas and shopping tips. Just like the aforementioned case studies, we used A/B testing to find that our end card topped the pre-roll only ads.
Our data showed that our end card ad had a VTR of 78%, soaring above the standard pre-roll’s VTR of 65%. And on top of that, the end card ad achieved a CTR of .68%, with its counter lagging behind at a .21% CTR.
Viewers need more stimulation now than ever before. There are so many new things happening in the digital world that we must, as advertisers, fight for viewers’ attention. But, thankfully, we’ve cracked the case at just how to do it – emerging video formats. We stand by it, firmly, and hope the industry follows because it works. Look at the proof!