Some people like to give advice they wouldn’t take themselves. We all know that person. But, we’re not them. We love giving advice and sharing our knowledge of advertising trends and tips, but we also love backing it up with our own studies. We feel strongly about the impact of vertical video format for advertising because we’ve tried it out ourselves with our own clients and seen the bounty first hand. So, to back up our statement that we’re not all talk, here’s us walking the walk with our client, SoCal Gas.

This client came to Oculu asking us to help their ads reach as many potential customers as possible in this new digital age. And of course, we said yes and decided to see if the vertical video rumors were true. We ran our own A/B testing in house to see the difference between the performance of horizontal and vertical ads for SoCal Gas. 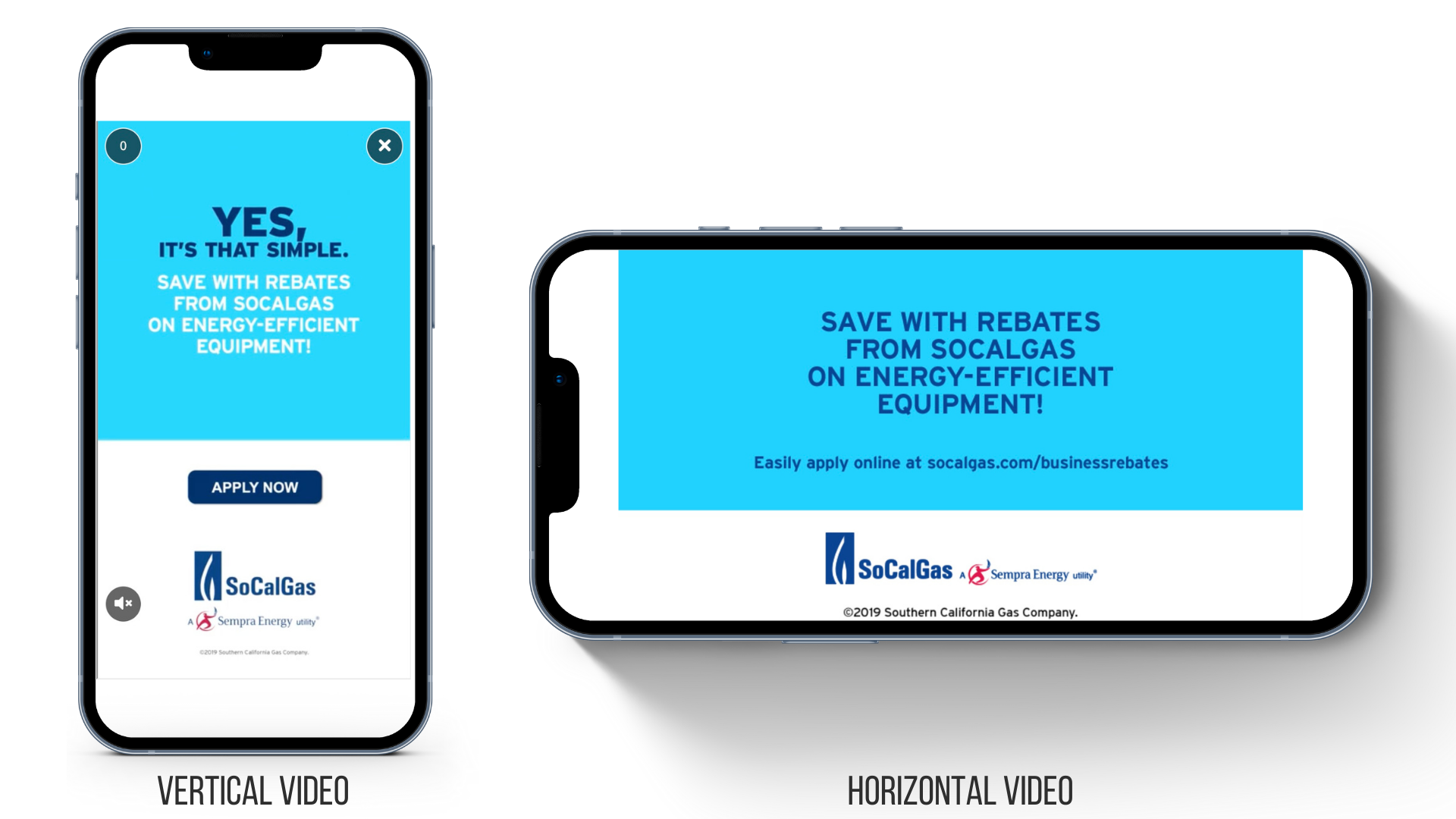 We put together two of the same exact ads in terms of video content, but made one horizontal and one vertical so that there was no room to debate other underlying factors. Here were the results: 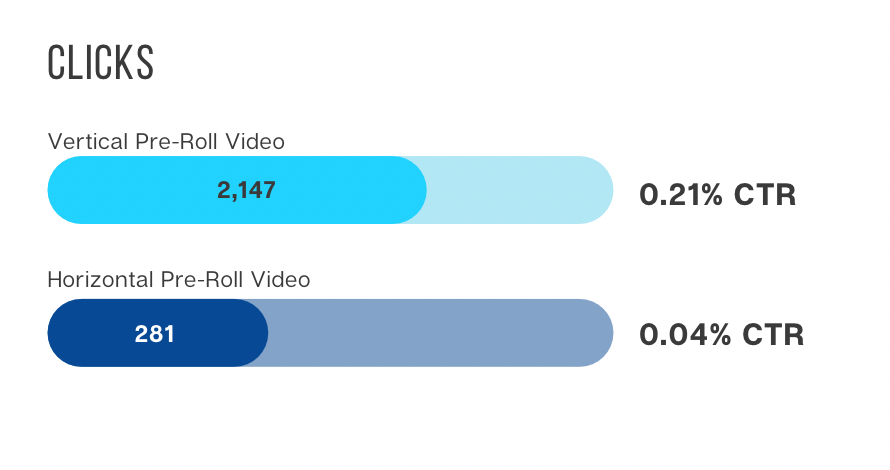 Our data from the SoCal Gas campaign we ran shows that vertical almost triples the click through rate and greatly increases the view through rate.

Why Every Advertiser Should Be Using Vertical Video

It’s no secret that the digital world has infiltrated almost every aspect of our lives. We, as a society, have become incredibly dependent on digital devices. But out of all of those devices, mobile is king. 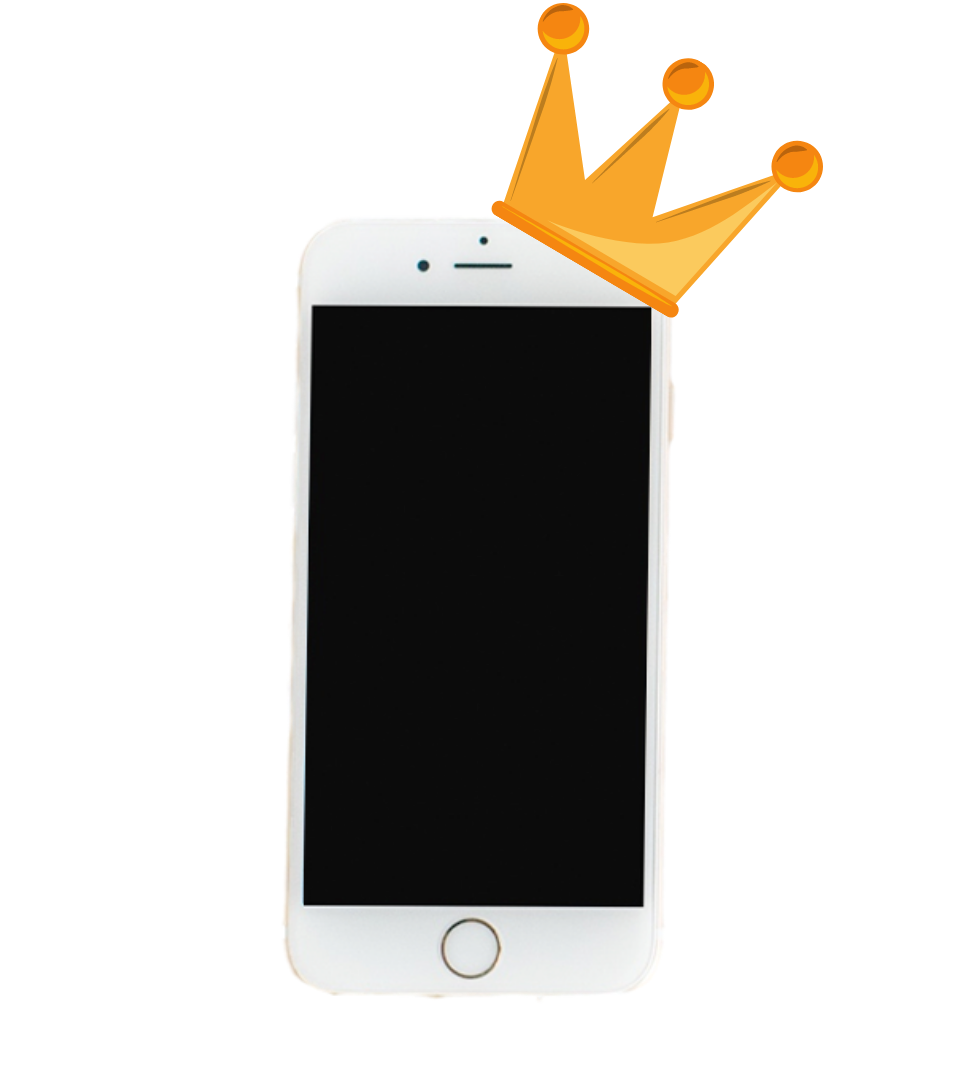 Now, we must make room for two kings. Because mobile is king, vertical must also be king. And we’re sorry to say, but it’s 2022 and there’s simply no way to deny this fact anymore. Vertical video is not only the present, but the future. Its superior effectiveness is no longer defined by a basis of opinion, but a basis of proven statistical fact.

The emergence of social media platforms and smart phones/devices was the catalyst to one of the biggest shifts in our viewing habits when it comes to consuming content. Given our ideas of celebrity and the nature of content itself is constantly evolving, it may be hard to picture a world in which vertical video is not only preferred, but also, the most successful. And as the world around us changes, its human nature to change along with it, and that goes for the advertising industry as well.

So, what does this have to do with advertising?

If you think about your own day to day life, we could confidently assume that you spend more time these days on your smartphone/device than you do watching tv on your actual tv, or computer, even. And even if you still love watching your favorite shows and content, chances are, you’re doing it on your mobile device as video streaming platforms have also become vastly available to the mobile screen. 60% of videos are currently being viewed on phones and tablets, while a staggering 94% of people interact with their phones, vertically (I mean, doesn’t that just make sense?). We have the most access to content in the palm of our hands than we’ve ever had before. This is exciting. But also, new. And with all things new, there are lessons to be learned.

Vertical video has been on the up and coming for some years now, hell, we’ve even written about it before. But now, in 2022, the industry across the board has jumped on the bandwagon and is now truly catering to these vertical statistics that are simply impossible to ignore…if you want your ads to succeed, at least.

Vertical video is here to help your advertisements achieve levels of success that square (1:1) or landscape (16:9) video never could. And we’re here to show you the proof. Let’s discuss the 5 ways vertical video advertising can help your ad campaigns reach their full potential in a wildy fresh digital era. And on top of that, a case study of our own work where we saw the drastic yet positive difference in ad performance.

1. Vertical is Second Nature… And it Just Makes Sense.

People value ease, convienciency, & accessibility, which is why we hold our phones vertically -- it only requires one hand, minimal effort, and clickable range our thumbs can reach. We text, email, socialize, bank, and web search vertically. We can multitask this way. It’s become second nature. Studies suggest that we hold our phones vertically 94% of the time! And as an advertiser, what could be considered most important aspect of vertical mobile use, is the fact that a HUGE percentage of time spent on social media is done on a mobile device; a 2016 comScore study discovered that nearly 80% of social media use is done on a mobile device, 61% on smartphones specifically. This should matter to you, because even if you are not on social media, the consumers you are trying to reach are. For example, a whole 72% of millennials don’t even turn their phones to watch horizontal videos when they appear on their devices. 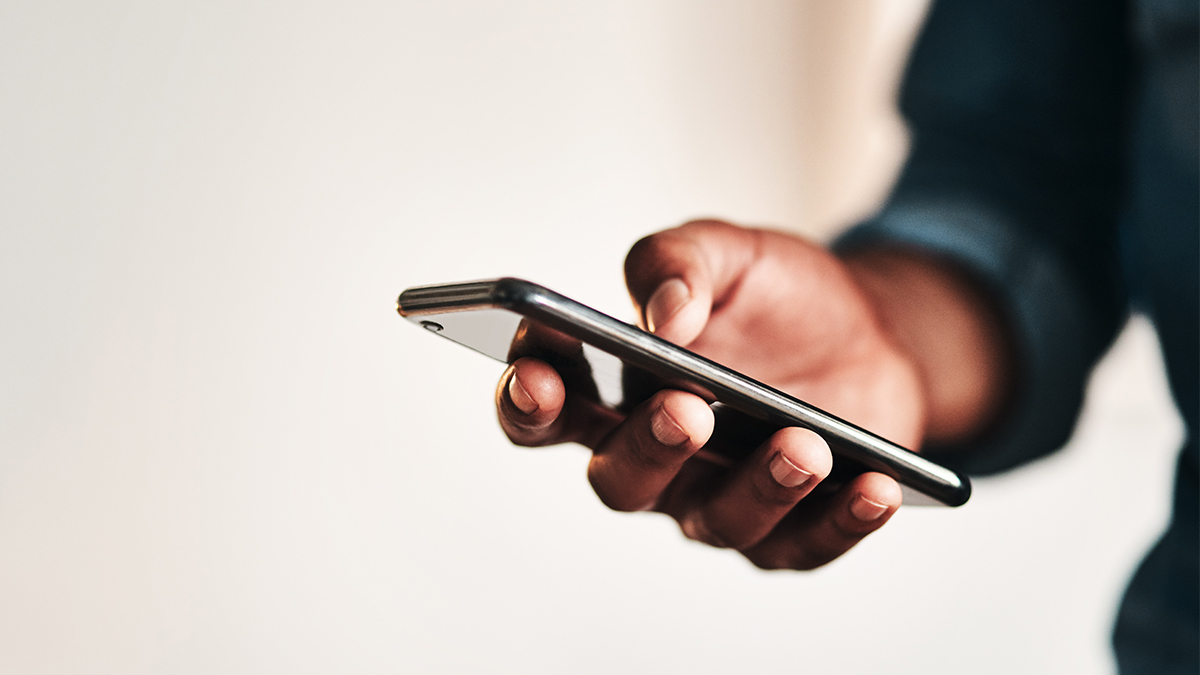 In the words of Daily Mail North America Ceo, Jon Steinberg, flipping your screen to view an ad is “totally stupid” because “if a video is vertical and a little bit compelling, you’re going to keep watching. It intuitively makes sense.”

So, let’s not be totally stupid, and give our brands and/or clients the optimal results they deserve.

Furthermore, on the topic of things just making logical sense, think about how easy it is to interact with your mobile screen – whether that's liking a post, swiping through an app, scrolling through websites, commenting on posts you like, sharing emoticons, etc. Given you can do all of those things with one hand, makes interacting via mobile/social platforms stupidly easy.

Now, imagine your vertical ad on a consumer’s mobile screen. With one hand, they can like your ad, drop a comment, share the ad, and more, with the tap of their thumb. We are simply making our consumer’s lives easier and real-time in a way that's become second nature. No more annoying ads you have to turn your phone to fully view, or ads that are too zoomed in or zoomed due to outdated metrics! We want our consumers to see the full picture, the full message, on their full screen…that just happens to be a vertical one.

Think of vertical video advertising as real estate. The larger your property, the more potential for revenue. The better it looks to a passerby, the more likely they are to stop, stare, & visit -- a potential sale.

When your advertisement goes vertical, it takes up more space -- not only on a user’s phone, but also on a user’s mind, guaranteeing a more lasting impression. Vertical video takes over a mobile devices’ entire screen, which means less distractions for viewers and an increased opportunity to reel them into whatever it is you’re selling.

And when the average daily time spent on social media across the world is 144 minutes, that means you have the opportunity to have your ad take over a viewer’s entire screen for any one of those 144 minutes. That’s a lot of minutes and a hell of a lot of vertical video real estate.

It also adds a level of product-to-customer intimacy. I know, intimacy with a device may seem like a strange way to convince you to try this method out. But, in a post-pandemic society, people are craving that one-on-one feel to all their interactions, even through their screens.

Filming on our phones is by its very nature, intimate. And with the rise of influencers and social media video content constantly letting viewers into their daily meals, excursions, troubles, opinions, and laughter, we’ve started to feel closer to the people and brands we’re interacting with on our devices. This has a great effect on advertising as we now have the ability to give our consumers a genuine close up look at what we’re promoting, may that be your brand, your business, or your services, or yourself!

But, it’s not just about taking space for the sake of taking up space. We want our viewers to ENGAGE with our ads. Data shows vertical video can do just that. 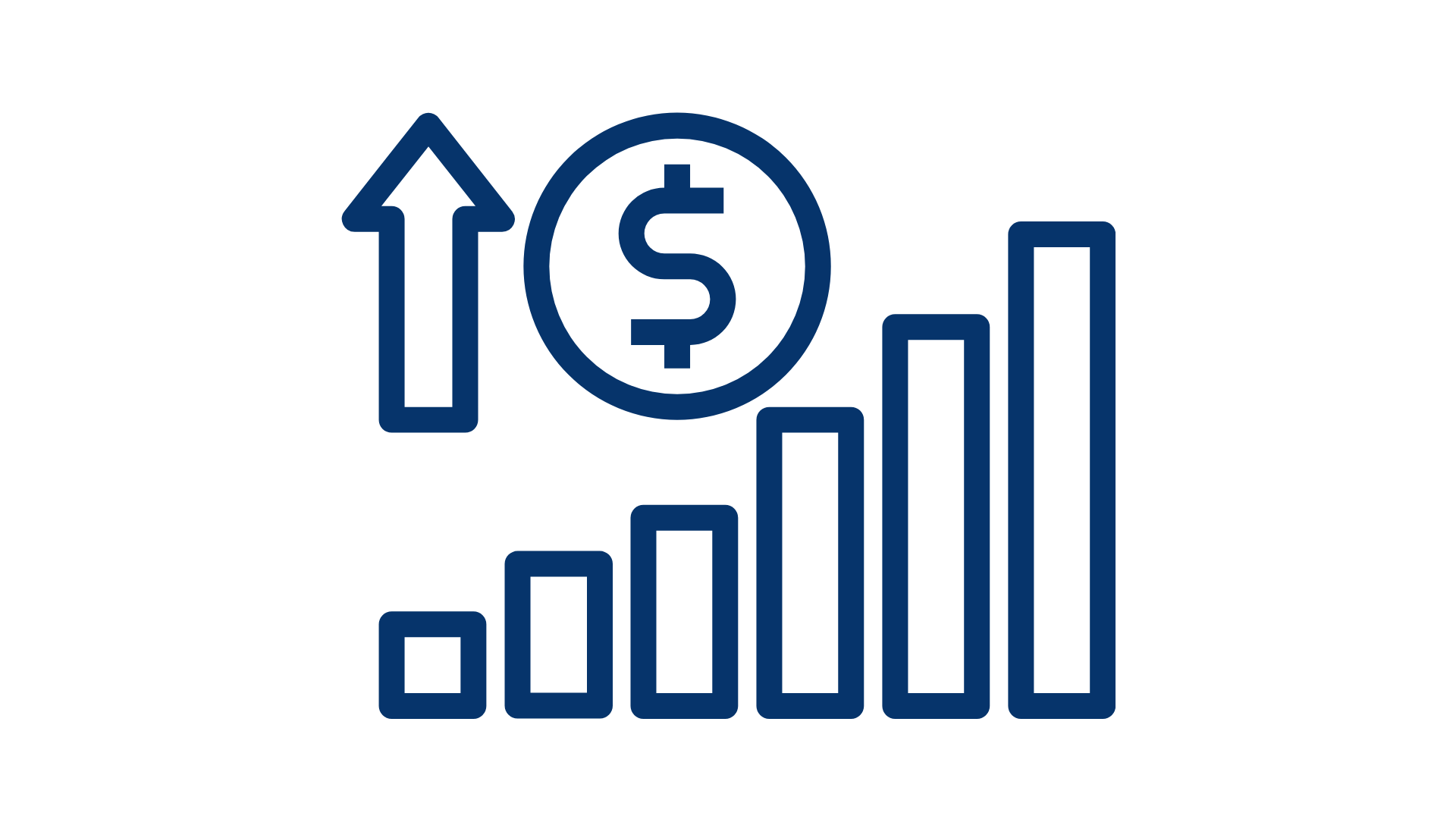 Facebook itself even claimed that their test campaign proved that vertical videos reach 58% more people than horizontal videos. As for Snapchat, the vertical videos, which are viewed more than 10 billion times a day, are watched 9x more than their horizontal counterparts.

A study by Facebook Business claimed that 65% of consumers consider brands that advertise with vertical video ‘more innovative,’ which especially resonates with us, here at Innovate Media.

The most clear example of vertical video success across all platforms is the emergence of “stories.” Snapchat was the first to implement the vertical video/picture “story” feature, which allowed users to post short vertical video clips and pictures out-of-feed, where their followers and friends can then watch and see little tid bits and moments of their day. These stories are posted for 24 hours before they disappear, encouraging daily interactions and sharing. Seeing the success of Stories on Snapchat, the rest of the social media platforms followed suit… and they were not disappointed with their results. 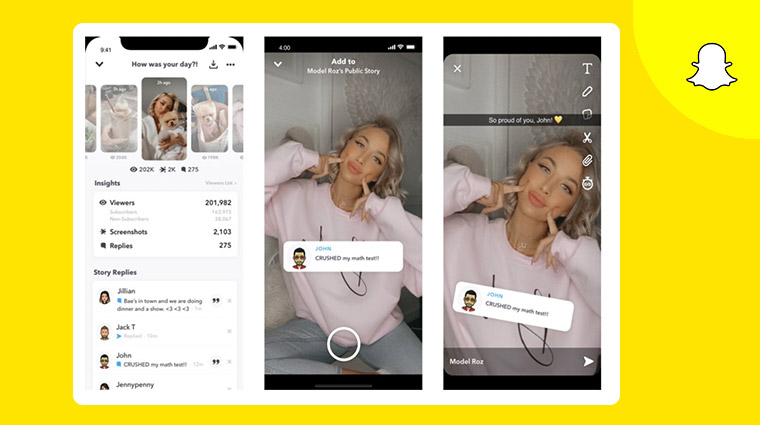 In the year after stories were introduced on Facebook, there was a 987% increase in platform usage. Instagram, experienced 300 million users every day posting/watching stories alone. And of course, in 2018, Mark Suckerberg, himself, predicted that, “stories are on track to overtake posts in Feed as the most common way that people share across all social apps. That’s because Stories is a better format for sharing multiple quick video clips throughout your day.”

This means that posting your ads vertically in stories format will lead your ad to perhaps the biggest pool of viewers and interactions you’ve ever received before.

Less viewers will skip through your vertical ad than your horizontal ad. According to MediaBrix, only 30% of viewers turn their phone horizontally to view an ad, and even when they do so, only view it through 14%, while vertical social media ads gathered a completion rate at a soaring 90%!

With the nature of a vertical video and the nature in which they are typically presented on a consumer’s screen, through stories, in-feed, etc., users are more likely to see an ad through. It’s short form, concise, intimate, and captivating. Unlike other ad formats, its non obtrusive, low hassle, and oftentimes, consumers don't even have the chance to skip, because before they can even think of it, your ad could have already played its way through, just like our consumers’ own social media content. Monkey see, monkey do.

5. Everybody is Doing It.

This is one scenario where if all your friends jumped off a cliff, you would want to too. But instead of death, you’re jumping into an exciting new format that will only benefit your company.

Vertical video has vastly spread outside of social media platforms, appearing in publishers such as The Washington Post, BBC News, Vox and Condé Nast, all of which have very valuable audiences. And with 53% of web traffic occuring on a mobile device, this format has become so pervasive that mega companies Google and Facebook are diving in to capitalize on the vertical wealth. In short, you’re going to want to get in on this. It’s simply a no-brainer.